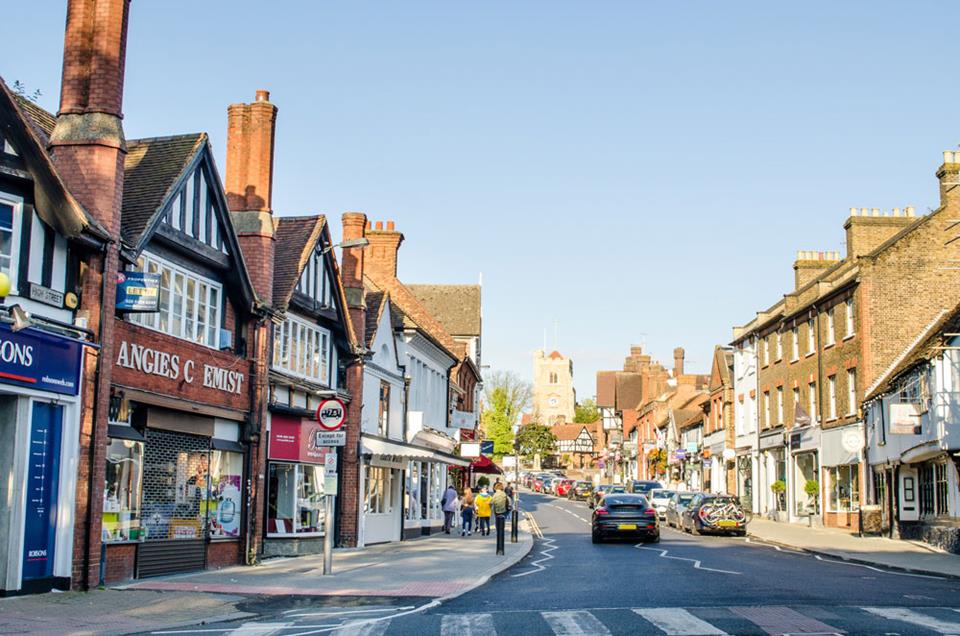 Pinner Village was originally a hamlet, first recorded in 1231 as Pinnora, The name Pinn is shared with the River Pinn, which runs through the village.

The oldest part of the village lies around the fourteenth-century parish church of St. John the Baptist, at the junction of the present day Grange Gardens, The High Street and Church Lane. The earliest surviving private dwelling, East End Farm Cottage, dates from the late fifteenth-century.

The village expanded rapidly between 1923 and 1939 when a series of garden estates, including the architecturally significant Pinnerwood estate conversation area – encouraged by the Metropolitan Railway – grew around its historic core. It was largely from this time onwards that the area (including Hatch End, which forms the north eastern part of Pinner) assumed much of its present-day suburban character. The area is now continuous with neighbouring suburban districts including Rayners Lane and Eastcote.

Pinner is considered to be the wealthy side of the London Borough of Harrow, with wide tree-lined streets, large houses and flat conversions in attractive Edwardian buildings. Pinner also boasts the lowest crime rate of the whole of London, and the single-sex schools have a prestigious reputation, making it a popular area for affluent families.

Being located in the London Borough of Harrow, Pinner is both a religiously and culturally diverse area, although it has the highest concentration of White British people in the borough. A local synagogue and various churches serve the religious needs of the local community.

Pinner has a large number of shops, restaurants, cafes and bars. Talking a walk down the old high street is like stepping back in time.

Landmarks of Pinner include Pinner House, The Lake at the memorial park and St John the Baptist Church at the top of the old High Street.

So if you’re looking for a diverse, vibrant and affordable place to live in London, which isn’t completely severed from Central London, Pinner could be a fantastic place to consider.